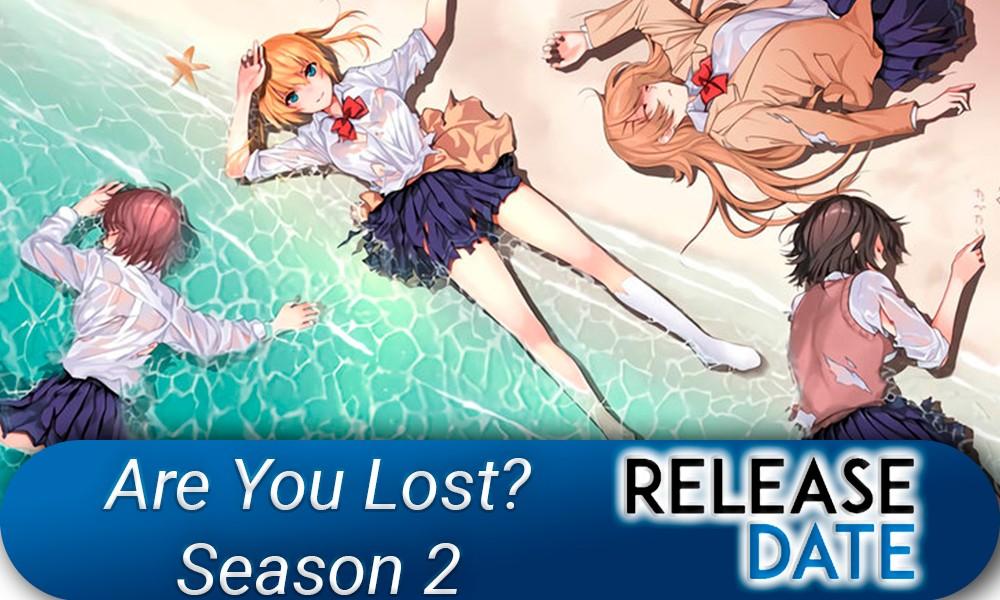 The uninhabited island with open arms met four schoolgirls who have to do everything to survive. The search for shelter, water and food is far from all the problems that our heroines will face…

When will the anime “Are You Lost? Season 2” come out?

The final episode of the anime “Are You Lost?” corresponds to the 36th chapter (the middle of the 3rd volume) of the manga, which is still being written. This means that there is enough material for anime adaptation. It is believed that viewers will be able to see the continuation of the anime no earlier than the end of 2022. At the same time, official sources do not provide any information yet.

In general, critics praised the project. There is no drawn plot, war over a piece of land… The series looks easy and relaxed. For teenagers, such a storyline will be something instructive, because everyone can one day be in the place of one of the girls…

May be interesting 4 you:  Golden Kamuy season 3

A typical school walk for four teenage girls turns into a disaster. Now they are hostages of an uninhabited island. Each student has her own character: someone is ready to fight for life, finding food and shelter at night, and someone can’t put up with the situation, because the spoiled character hinders this very much.

Despite all the difficulties and differences in characters, girls can not do without each other. Day by day they gain new knowledge of survival. The main “bonus” is the fact that the father of Homare Onishima is a soldier in the past, who has excellent command of survival skills in any conditions. The father conveyed the necessary knowledge and skills of his beloved daughter. Now Homare can take care not only of himself, but also of the girls.

Schoolgirls have many difficulties ahead: finding water, food, setting traps for animals, catching tuna and oysters in water, setting up a shower, so necessary for the young hostages of the island … Is the island really uninhabited and not intended for long life on it? Will girls be able to overcome themselves and become a single team for salvation?…

Are You Lost? Season 2: Release date

Top 10 Anime Where Main Character Is A BADASS Lone Wolf