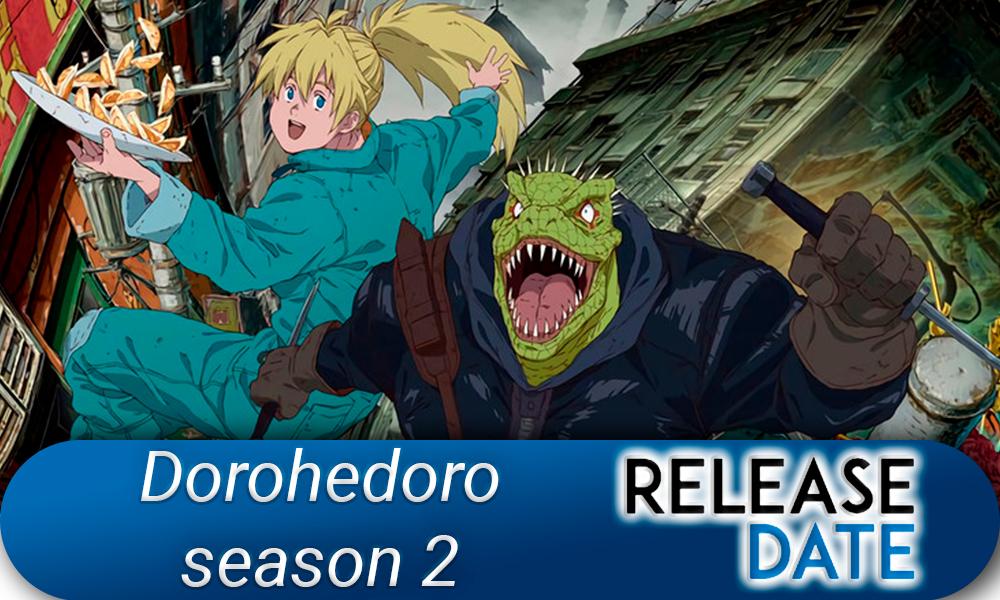 The strange world of “Dorohedoro” does not look like the familiar one described in the classic manga of this genre. A fantasy, post-apocalyptic plot with elements of horror, absorbs the viewer from the first series. How did the series win our hearts?

When will the new season of the anime “Dorohedoro Season 2” come out?

The “Dorohedoro” project is definitely the bold work of its author. After reading the manga and watching the series, critics came to an almost unanimous positive opinion. Basically, they noted the brightness, “freshness” and subtlety of the plot. As they say, in this work everything turned out. But will the sequel be created? Unfortunately, the opinion of the majority – there will be no new episodes, because the writing of the manga is completed, so the material may not be enough to continue the anime… However, official statements from the director of the project Yuichiro Hayashi have not been received, which means that it is too early to say goodbye to our favorite characters.

The door divides two worlds – Sorcerers and people. Only magic can create a door. Why do Sorcerers come to the world of people? For most of them, this is training, the practice of magic in humans. And for others?

May be interesting 4 you:  Bungou Stray Dogs Season 4

Once upon a time in the alleyway, Caiman was attacked by a Sorcerer, after which he lost his memory. Caiman remembers neither the Sorcerer nor what happened to him. Nothing. Now the goal of his existence is to find the one who turned him into a man with the head of a lizard. Another fact is interesting – no magic affects the main character.

Caiman’s only friend and assistant is Nikaido, who helps him search for “that” Sorcerer, neutralizing everyone else. After all, it is known that Sorcerers pass into the Hole through the door in order to conduct their magical experiments on the inhabitants of the city. Such experiments most often turn people into obscure creatures. Such victims of training are placed in special places where they are being treated and brought back to life.

Caiman clings to every opportunity to find out the truth of his Self. Finding one Sorcerer after another, he can find his main enemy. There are not many chances, but he must not stop. Indeed, in addition to achieving their goals, Caiman and Nikaido in one way or another protect the population of the Hole. Can he find answers to his questions? What if there are hidden answers in it that are better not to know?..

Winter Anime 2020 in a Nutshell