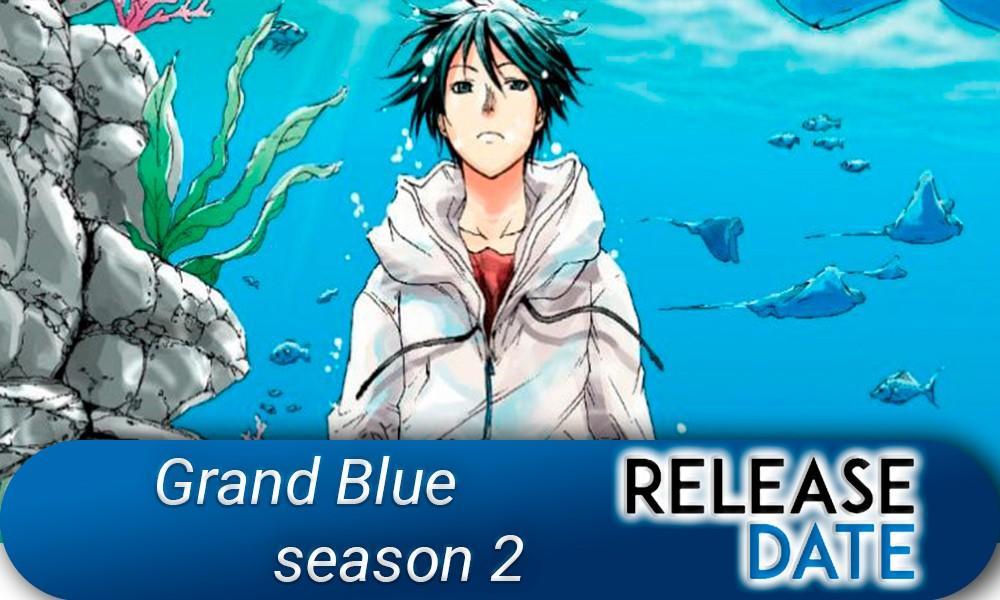 Anime series “Grand Blue” filmed on the same manga by two authors: illustrater Kimitake Yoshioka and screenwriter Kenji Inoue. The stated age rating of the series is over 13 years old. The picture tells about the student life of a young guy who moved to live with his uncle. Now every day the main character is full of unexpected acquaintances and emotions. But is everything so harmless in the new environment and with new desires?

When will the anime “Grand Blue season 2” come out?

The first season of anime has received very high marks from critics and this can be a great motivation for creating a continuation as soon as possible. At the moment, the start of work on the “Grand Blue season 2” by the creators has not been announced, but, most likely, the premiere will take place in the spring of 2020.
p.s. Unfortunately, as of the spring of 2020, the project management has not confirmed work on season 2. But do not despair, perhaps the premiere of new episodes will take place later.


To the delight of fans there is information: in 2020, the full-length film of the same name will be released. Its premiere was originally supposed to be held on May 29, 2020, but due to the coronavirus pandemic, it was postponed to August of the same year.

Iori Kitahara, a young boy of twenty, arrives in the coastal town of Izu to study. He resides with his uncle, who owns a shop called “Grand Blue”, specializing in diving equipment. Upon admission to college, Iori immediately enters a diving club, whose members regularly spend time in that same uncle’s shop. However, in addition to direct diving (which, oddly enough, accounts for a smaller part of the time …), the young student’s club mates are more and more often engaged only in parties, drinking, leisure, life … And of course, Iori is drawn into all this!

How will the life of a young guy change? What will be his priority? And is it possible to combine study with new friends and hobbies?

The best places in the world for diving