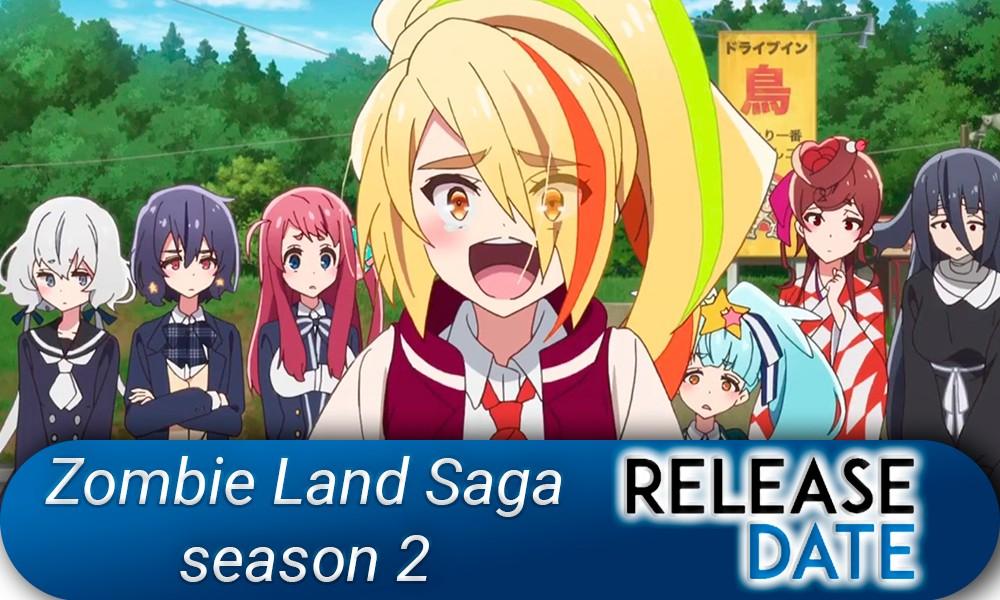 Novelties anime will not make their fans wait too long. Still, what is the point of the author or director to delay with the continuation of the plot that has grown fond of the audience? After all, if you make the fans wait too long, then it can end badly. Or they will turn into zombies, like cute girls from the anime “Zombiland. Saga”.

When will the anime “Zombieland Saga 2 season” come out?

Since only the season 1 has just recently started, we will have to wait a little while waiting for the second one. But do not despair, the writers do not sit idle and are already preparing new series to please the viewers who yearned for novelties.

In July 2019, fans received official information about the sequel to the anime “Zombieland Saga”. The title of Season 2 is “Zombie Land Saga Revenge”. At the moment, there is information on the network that new anime series will appear on April 8, 2021. Recall that the coronavirus affected the production process of the anime, suspending the work of the entire director’s team.

It is not difficult to guess from the title who the anime characters are. Of course, they are zombies, and, of course, imagination immediately draws the story of their entry into the city; dangerous virus that spreads with terrifying speed and turns half the inhabitants into hungry creatures, the purpose of which is to kill the survivors…

But far from it. In fact, the main characters were originally ordinary students at school and did not know the worries. One of them, Sakura Minamoto, wanted so badly to audition that she got hit by a car because of the rush. A few years after her death, a certain producer revives Sakura and several other girls to create pop idols of them. Famously twisted plot, is not it?

How will the events of the resurrected girls develop – we will see very soon in the new series. One thing is known – their weird producer again started something…